Born Jan. 25, 1951 in the village. Tyudiv Kosiv district, Ivano-Frankivsk region. In 1973 she graduated from the Ivano-Frankivsk State Pedagogical Institute named after V. Stefanik. In 1979 she defended her thesis on “The roots of the word creative field with a value of speaking in modern Ukrainian language.” Powered by the department since 1986, first as a senior lecturer, and later – Associate Professor. During his doctoral studies (1994-1997) prepared and successfully defended in 1998 doctoral thesis on “internal form words in a fiction.” Author of over 70 publications, including monograph “internal form of artistic expression and the text”, co-author of the monograph “Vasil Stefanik – artist of the word” participated in many scientific conferences. Supervises graduate students, opposes candidate and doctoral dissertations, performs scientific work with students, lectured the students of the Institute of Postgraduate Education (Ivano-Frankivsk). M.Holyanych – member of the academic councils for the protection of theses for the degree of Candidate of Philology in specialty 10.02.01 – Ukrainian language in Vasyl Stefanyk Subcarpathian National University and Chernivtsi University. 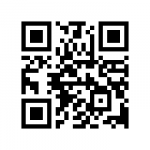